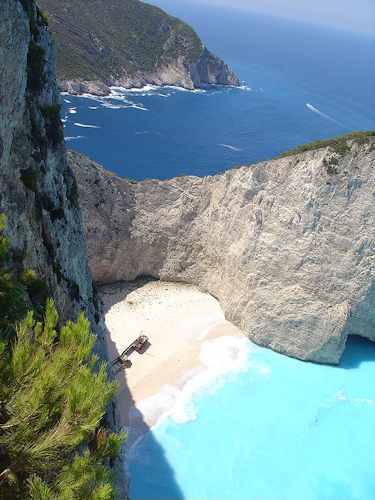 A seven day trip in the unique islands and coasts of the Ionian Sea... Check out our suggestions...

Odysseus' last stop on his long journey home to Ithaca, the island owes its sophistication and charm to the meshing of the different civilizations that have occupied it ` Abundantly endowed with natural beauty, green and fertile Corfu has numerous sandy beaches as well as historical monuments to attract visitors Sights. Fortresses, museums, churches, monasteries, Pontikonisi and bazaars in villages when they celebrate religious dates Delicacies Numerous dishes with Roman names, Ginger beer

Mountainous and totally green, with coast slopes gently down to the sea, which is sheltered from the wind and dotted with thickly wooded islets Breathtaking green bays with crystal clear waters among other natural beau- ties attract visitors Sights. Ancient sites, Vene- tian castle, monasteries, museum.

A land of contrasts-breathtaking gold or white beaches, deep coves, rugged rocky shores, green and fertile areas with cedar-Iike fir trees that grow nowhere else in the world, olive and fruit trees, caves with unusual stalagmites and pale blue waters shattering into a myriad of phantasmagoric colors. Sights Katavothres (a rare geological phenomenon, where sea enters through an opening in the rock and "disappears"), churches, ancient and Roman ruins, monasteries Delicacies "Mandola" and other almond flavored sweets, local pastries

Home of Odysseus, Homer's hero, an earthly paradise with green mountains and captivating coves, with caves for exploring, lovely beaches for bathing, uncrowded hamlets, a lot of strong nightlife Sights Cave of the Nymphs, monasteries, and museums Delicacies "Ravani" A semolina syrup sweet

According to Venetians, this was the "flower of the Orient", with the emerald green sea, the pine-studded mountains, slopes with flowers of every kind, the musical people and their famous hospitality Sights. Venetian towers, churches of the 12" and 14'h century, springs, caves Delicacies "Mandolato" a nougat pastry.

The connection between Aegean and lonion islands with a 3,2 miles long, narrow channel, completed in 1893, offering an outstanding view either from the top or passing thought the channel

The third largest city in Greece, with neoclassic buildings among modem ones, big squares and the harbor, where visiors may enjoy nightlife and excursions to wineries (Achaia Clauss), Medieval castles and old churches.

A beautiful town attracting visitors from Athens and other places all year round Sights Neoclassical buildings and stone mansions, nightlife and tavernas with fresh fish, beaches.

Not far from Galaxidi is a natural bay, set amongst green valleys with only a few inhabitants. Popular to sailing yachts, which find shelter, provisioning and water

A picturesque town overlooking the small harbor with houses in a full spectrum of colors, which is built on the remains of a Venetian castle A real jewel on the mainland that has been affected by all civilizations that have possessed it